Changing prescription due to cataracts

B.D.’s optometrist diagnosed B.D. with cataracts and tested her vision, recognizing that the cataracts were causing B.D.’s prescription to change rapidly. The optometrist determined B.D. was not eligible for cataract surgery but would need new lenses in order to be safe to drive. B.D. received new prescription lenses at her last exam one year ago but chose to update her prescription again to maintain her independence.

Eight months later, B.D. returned to the clinic with concerns about deteriorating vision, which was affecting her ability to work on a computer. This time, even a new prescription would not sufficiently improve her vision, so she became eligible for cataract surgery, but the wait time would be 6 months. B.D. updated her lenses again so she could continue working and driving until her surgery.

Following her surgery, B.D. could see to drive without glasses but required glasses for reading and working on a computer, so she had to update her lenses for a third time. B.D’s insurance covers 100% of reasonable and customary expenses every two years for an eye exam and up to $600 for prescription frames and lenses. Her expenses, including two of the eye exams and two of the sets of lenses were not covered by insurance. The third exam and prescription change fell into a new two-year window, so her expenses were covered at that time. 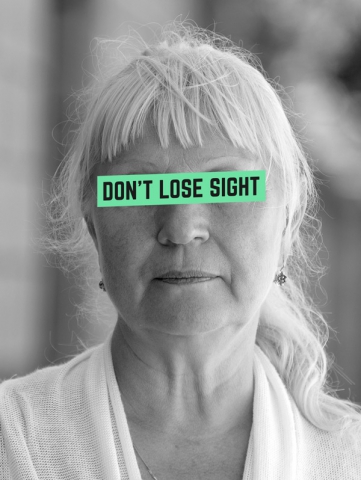 B.D. is a 63-year-old female who visited her optometrist due to blurred vision in the past three months.

Back to all case studies